“Somewhere I read, that the greatness of America
is the right to protest for rights.”  — Dr. Martin Luther King

Social Movement: “a group of diffusely organized people or organizations striving toward a common goal relating to human society or social change, or the organized activities of such a group.”

(What does progress look like in the history of American social movements?)

QUESTION: How did your selected social movement (or person, organization, event) lead to progress in American history?

5.               What political or artistic expressions (music, visual art, political slogans ) were central to the movement or organization?

6.               How successful was the movement or organization in accomplishing its goals?  What did it achieve?  (Legislatively? Socially or culturally?  Politically?  Economically?)

7.               What events and which individuals played significant roles in the movement’s or organization’s progress?

8.               Conclusion — Reinforce your conclusions regarding the movement’s (organizations’) goals, challenges, and accomplishments.

9.               How is the movement’s or organization’s progress evident (visible) today?  Are there laws, institutions, or cultural components that this movement or organization created that are “alive and well” today?

10.           What legacies or direct connections to the movement or organization exist today?


A Growing List of Potential Movements — Let’s Add to Them!

<
>
Consider how to construct your searches with targeted search terms.  These are examples:

Who: Blacks or African Americans/Hispanics or Chicano or Mexicans or Latinos or Latinas or Central Americans or South Americans or Guatemalans /Africans or East Africans or Middle Easterners or Syrians or Iraqis or Muslims or Arabic/Gays or Homosexuals or Transgender or Lesbians or Bisexuals

"Police officers should enforce and uphold the law regardless of race, ethnicity, gender, religion or sexual orientation. The ideal that all people are created equal with certain unalienable rights is the basis upon which the United States of America was founded.  However, we have labored with this notion from its inception over 230 years ago.  Unfortunately, law enforcement has been an effective tool of oppression throughout the history of our Nation. Biased laws and practices have forced officers to engage in institutional racism. It was barely a generation ago that law enforcement was charged with keeping water fountains separate and high schools racially segregated. We are still struggling to repair the mistrust and resentment that many communities continue to feel."  -- Chief Burbank, Salt Lake City Police Department before U.S. House of Representatives sub-committee, 2010.

Green, Tristin K. "RACE AND SEX IN ORGANIZING WORK: "DIVERSITY," DISCRIMINATION, AND INTEGRATION." Emory Law Journal, vol. 59, no. 3, 2010, pp. 585-647. ProQuest, https://search.proquest.com/docview/664889496?accountid=415.
"Additional research suggests that improving the racial and gender balance in the work environment and expanding opportunities for peer-like contact and collaboration among workers from different racial and gender groups can lead to better career outcomes for women and people of color.  It follows from this research that considering race and sex when composing work teams can reduce discriminatory biases and stereotyping in intergroup interaction by leading to more integrated teams."
<
>
Nathan Hale High School Library Non-Fiction books:

Example:
Black, white, and Brown : the landmark school desegregation case in retrospect.  "Contains twelve essays written in honor of the fiftieth anniversary of "Brown v. Board of Education" in which various scholars discuss the history and legacy of the 1954 decision by the U.S. Supreme Court that legally enforced racial segregation in public schools is unconstitutional."

Seattle Public Library Non-Fiction books:
Example:
Foley, Michael. Front Porch Politics: The Forgotten Heyday of American Activism in the 1970's and 1980's. New York: Hill and Wang, 2013..
"...volatile decades that saw the advent of busing to integrate schools, Title IX legislation that made gender discrimination in school and collegiate sports illegal, the uncovering of pervasive corporate environmental irresponsibility, the federal legalizing of abortion, and the emergence of AIDS." (From Library Journal)

ProQuest-
Example:
"WHAT DIFFERENCE DOES DIFFERENCE MAKE? WOMEN, RACE-ETHNICITY, SOCIAL CLASS, AND SOCIAL CHANGE."
"Stereotypes are not just ideas. They have an important material function: they support and justify the mistreatment of people from particular social groups -- in particular, economic mistreatment. One of the most important ways that women's experiences differ is whether they work in the paid labor force or not; the kinds of jobs they have; and how much they earn. These are profoundly influenced by both a woman's social class and her racial-ethnic background. First, middle/upper-class women can choose whether or not to work outside the home, whereas poor/working-class women -- who are disproportionately women of color-typically must work to support themselves and their families."

Civil Rights struggles in Seattle during the 1960s-70s 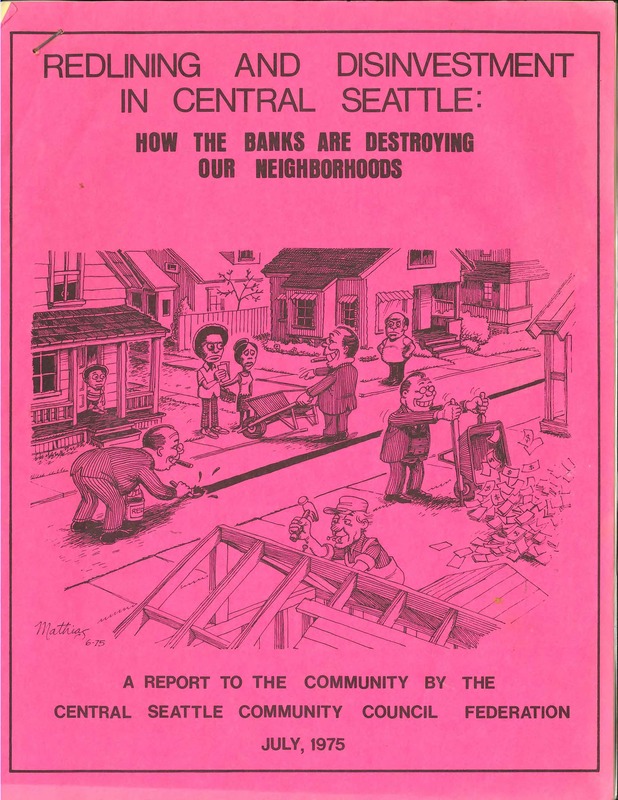 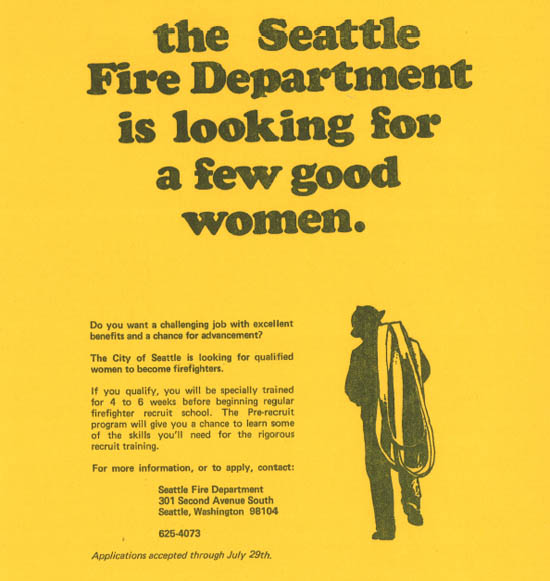 Women and the Seattle Fire Department